Release that Witch (放开那个女巫) is a complete Chinese web novel created by Er Mu (二目), published by Qidian. The web novel as well as the comic can be found at webnovel.com. If your one that’s into the otaku culture such as anime, manga and games then you’d more than likely enjoy this series.

The basic premise is thus:

Chen Yan travels through time, only to end up becoming an honorable prince in a world set in the medieval age. Yet this world is not quite as simple as he thought. Witches with magical powers abound, and fearsome wars between the Church and kingdoms rage throughout the land.

Roland, a prince regarded as hopeless by his own father and assigned to the worst fief, spends his time developing a poor and backward town into a strong and modern city, while fighting against his siblings for the throne and absolute control over the kingdom. Join Roland as he befriends and allies with witches and, through fighting and even farming, pushes back invaders from the realm of evil.  (source: https://releasethatwitch.fandom.com/wiki/Release_that_Witch_Wiki )

I have yet to finish reading the novel but what I have been reading and what I have seen with the comic, the story so far is fantastic! The art of the comic perfectly captures the story and as an illustrator I can really appreciate the art style and over feel of the art. 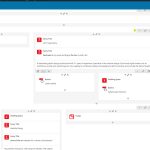 Should you use a page builder for your web design projects?Uncategorized 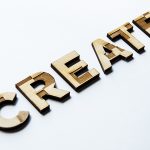 The 10 most inspirational graphic design trends for 2019Uncategorized